Who’s HOT and who’s NOT COLD? 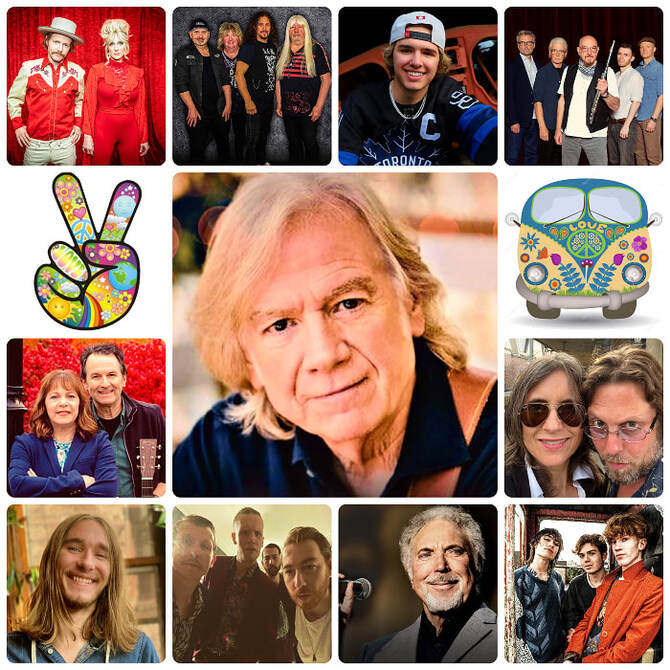 Seven new entries give the chart a slightly different feel. The highest new entry is Justin Hayward, coming straight in at No.1 with ‘Living for Love’. If you are on the young side you can be forgiven for not knowing that Justin is the lead singer with the Moody Blues. He is in his 70s but can still do the stuff, including packing large venues with music fans of all ages.
Whitehorse climb to No.2 with ‘If The Loneliness Don't Kill Me’.
Last week’s FAB Chart topper, The Sweet, dip down to No.3 with ‘Don’t Bring Me Water’.
Tyler Lorette comes in at No.4 with ‘Shattered’, and the legends that are Jethro Tull are a new entry at No.5 with ‘Ginnungagap’.

Gary & Linda Sclafani move up to No.9 with ‘Tell a Friend’, and Lux the Band climb to No.12 with ‘A Son of Sam’.
Four more new entries highlight the eclectic quality of The FAB Chart. The old King of FAB is back. Sawyer Fredericks comes in at No.15 with ‘Lonely Bear’.
The Garnetts come in at No.16 with ‘For The Night’.
New to The FAB Chart but originally a hit in the 60s, Tom Jones enters with ‘Delilah’. The cancel culture mob have decided that the song should no longer be played in Welsh Rugby stadiums but that has got the fans up in arms and made the song even more popular. The song comes in at No.19.
Vacant Weekend come in at No.27 with ‘Marlboro Reds’.
​
​​
​
Go back to the top to access the home page, for this week's FAB TOP 30
​
listen to the most FAB radio stream below