a Potted History.
Once upon a time there was a 13yr boy who was disappointed by the direction that mainstream music was taking - or by only acknowledging a tiny part of what was available. That was how it started.
But "FAB" was only one person, and so he decided to listen, observe and take note. Eventually he formed a group, taking tips from experienced names in the world of music, and blending in his own unique formula - the result was rather "off beat" but ....
the FAB Chart was born!

​There are those who still don't "get it" - and they probably never will.
They need to think outside of the box.
Some see the FAB Chart as a tip sheet - or as a music barometer - some as just a bit of fun.

For those who need some kind of purpose or reason for the FAB Chart, it's an interesting way of poking music fans in the ribs and saying "Hey, come and listen to these cool artists and songs".  When people put their songs online, we have a teams who listen to new music each week, and the best of the best are put forward for the FAB Top 30. We assume that musicians put their songs online because they want people to listen to them. The FAB Chart gets between 500 to 1000 unique visits each week. We are only a small part of a massive music scene but it only takes one listener with influence to put an artists on the better musical map. A radio DJ in California was so taken by a song he heard on the FAB Chart that he played the song on his local radio show. The British singer/songwriter found that he suddenly had a new army of fans from across the ocean. From little acorns ... etc.

The website and radio are financed by sponsors, and the FAB team are volunteers.
​
The FAB Chart is about music above all else.

If you wish to help sponsor The FAB Chart, use the Donate button below.
​Music Annual Awards - Radio service - Website Upkeep - etc 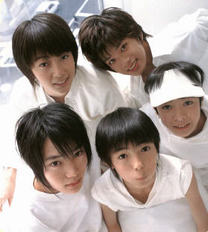 
Alan "Fluff" Freeman was here when it all happened - Now several years later, the FAB Chart is still tuned in to the Music scene- "Not Arf".   Thanks for the inspiration .. Fluff .. !

Jadyn Rylee
has had the most FAB Chart Hits.

A singer / songwriter from Canada.
Jadyn hit the unsigned music scene like a tornado.
Within two years she has amassed a huge army of fans and won an enviable collection of awards.
Jadyn writes, performs, leads a campaign against bullying, and keeps a steady head on young shoulders.
And we get the impression she's only just started.

​Jadyn Rylee has had more FAB Chart Hits than anyone else - since the chart began. 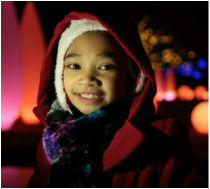 The FAB Chart was never a kids chart but in 2011 most of the Top 10 were under 15 age band. The kids had discovered the chart, but the wider music world had also discovered kids, and what they had to offer. The youngest performer to have a FAB No.1 is 7yr old Angelica Hale from Atlanta, Georgia, USA. (actually, Angelica was 7 when she entered the chart but 8 when she reached No.1)  Interesting enough, the previous youngest artist was MattyB, also from Atlanta, Georgia - maybe there is something in the air there that inspires young talent. 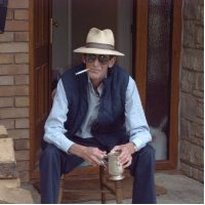 One of the oldest performers to break into the FAB Chart was Uncle Rob Harding from Penzance, Cornwall. UK. He was 70-ish and had been on the chart a number times - four times with his Christmas classic "If Only The Pope Had Wings".


Unfortunately, Uncle Rob died in 2013. We remember him with fondness.
The FAB Chart has been a part of the music scene since 2006, mostly manned by teenage volunteers, but as the years turn each volunteer has it's own directions to follow. It's been a fun ride enjoyed by thousands of music fans throughout the world. We have been honoured to have so many of you along with us on this journey.